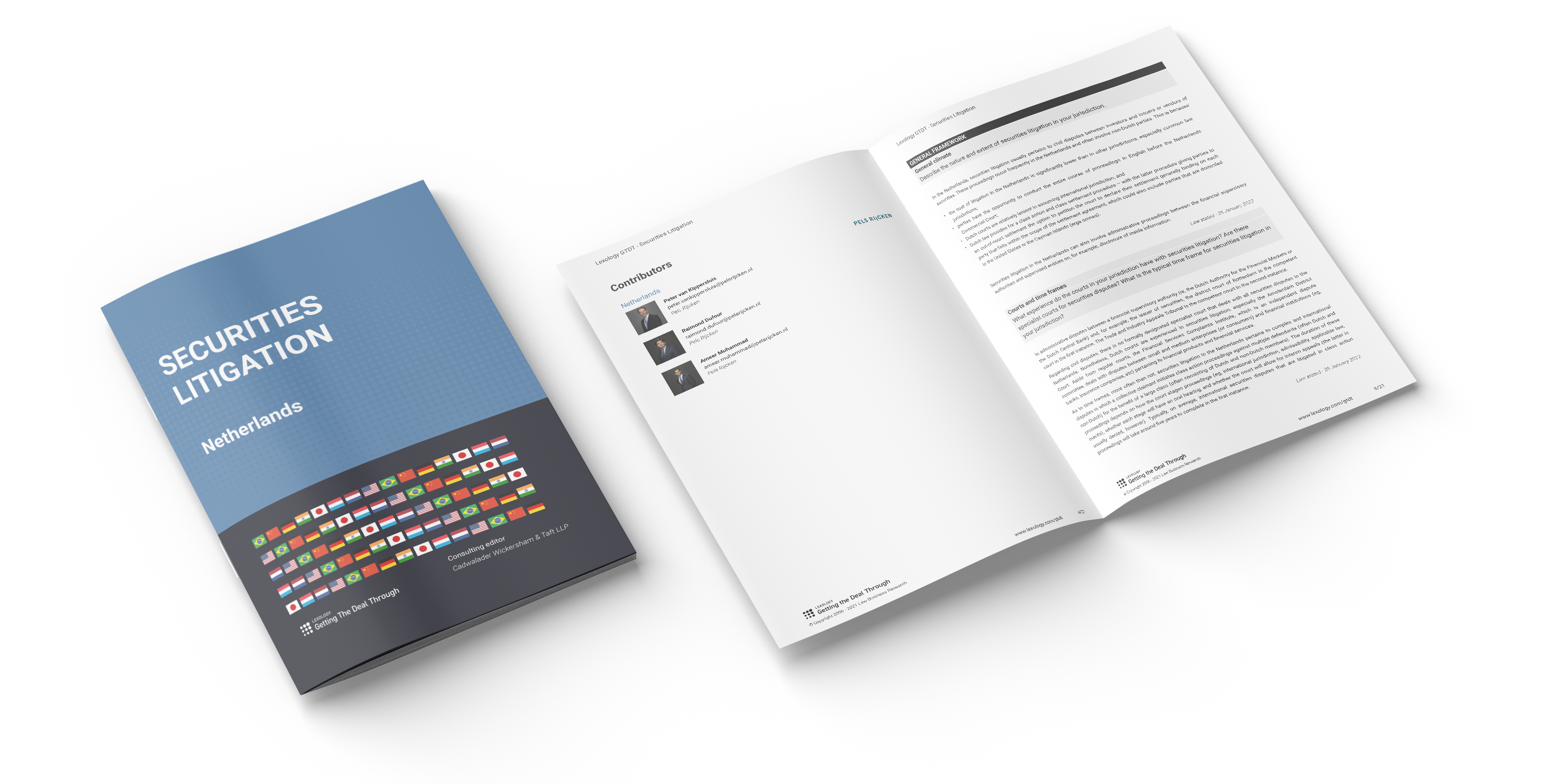 Describe the nature and extent of securities litigation in your jurisdiction.

In the Netherlands, securities litigation usually pertains to civil disputes between investors and issuers or vendors of securities. These proceedings occur frequently in the Netherlands and often involve non-Dutch parties. This is because:

party that falls within the scope of the settlement agreement, which could also include parties that are domiciled in the United States or the Cayman Islands (erga omnes).

Securities litigation in the Netherlands can also involve administrative proceedings between the financial supervisory authorities and supervised entities on, for example, disclosure of inside information.

In administrative disputes between a financial supervisory authority (ie, the Dutch Authority for the Financial Markets or the Dutch Central Bank) and, for example, the issuer of securities, the district court of Rotterdam is the competent court in the first instance. The Trade and Industry Appeals Tribunal is the competent court in the second instance.

Regarding civil disputes, there is no formally designated specialist court that deals with all securities disputes in the Netherlands. Nonetheless, Dutch courts are experienced in securities litigation, especially the Amsterdam District Court. Aside from regular courts, the Financial Services Complaints Institute, which is an independent dispute committee, deals with disputes between small and medium enterprises (or consumers) and financial institutions (eg, banks, insurance companies, etc) pertaining to financial products and financial services.

As to time frames, more often than not, securities litigation in the Netherlands pertains to complex and international disputes in which a collective claimant initiates class action proceedings against multiple defendants (often Dutch and non-Dutch) for the benefit of a large class (often consisting of Dutch and non-Dutch members). The duration of these proceedings depends on how the court stages proceedings (eg, international jurisdiction, admissibility, applicable law, merits), whether each stage will have an oral hearing, and whether the court will allow for interim appeals (the latter is usually denied, however). Typically, on average, international securities disputes that are litigated in class action proceedings will take around five years to complete in the first instance.