Pels Rijcken is one of the twenty-two leading international law firms that jointly announced the founding of the Business and Human Rights Lawyers Association (BHRLA) on 28 November. The BHRLA is established to inspire and advance human rights, leadership and collaboration among commercial law firms and lawyers around the world. 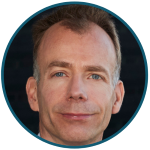 Martijn Scheltema, partner at Pels Rijcken and BHRLA board member: "Careful consideration of human rights means doing more than taking a good look at the legal risks. It takes sincere interest and understanding for the situation of the people involved and requires entirely new skills from lawyers, which the association will commit itself to promote."

The BHRLA's founding members are commercial law firms across Australia, Canada, Europe, the United Kingdom and the United States. More information can be found on the BHRLA's website: www.bhrla.org.